SPEND & SAVE 💰 Buy 2 or more products and save 15% OFF at checkout!SHOP NOW

“This is one of the truths of the universe, and you heard it first from here: whatever we decide we want to do is what we do.” Morgan Freeman 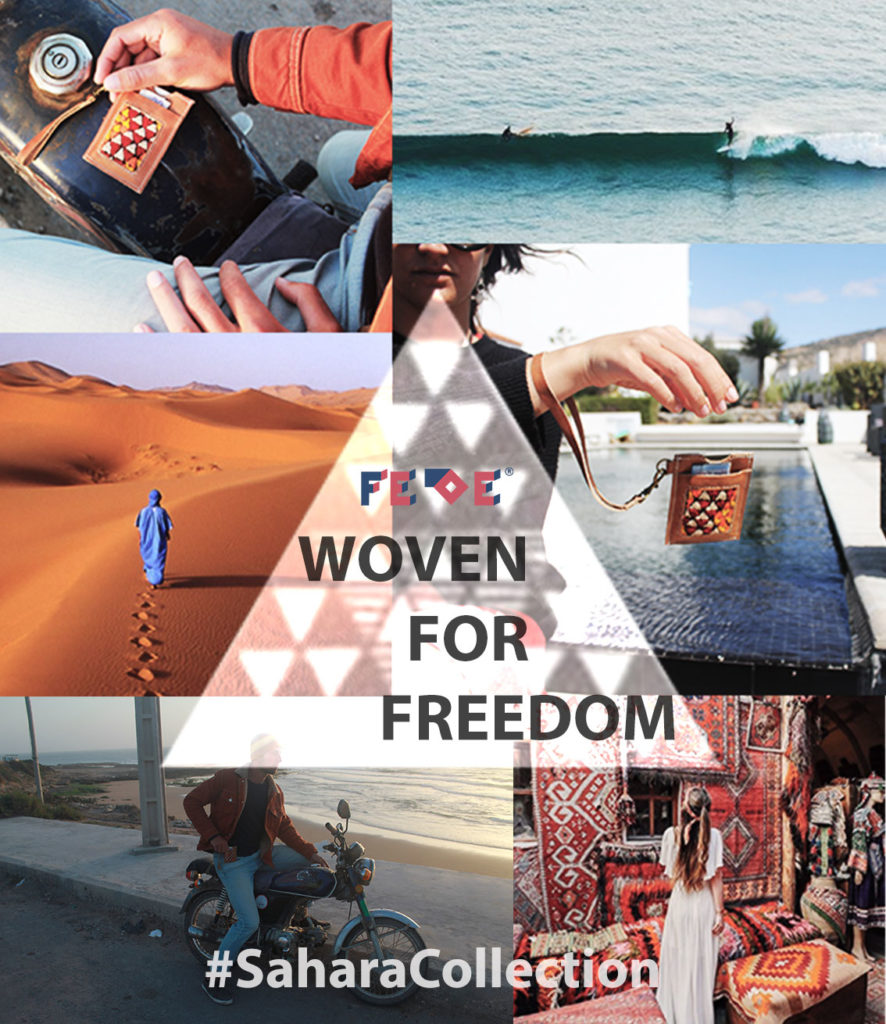 Introducing the first collaboration of our 2019 S/S Seven Seas Collection. Inspired by the rich Berber culture and artisan tradition of Morocco. We travelled one month and a half in North Africa soaking up the sun by the ocean, the mountain and the desert. We are ready to bring you the freedom of one of the ancient nomadic culture in the world, the Berbers, in our newly artisan collection: The SAHARA Collection. 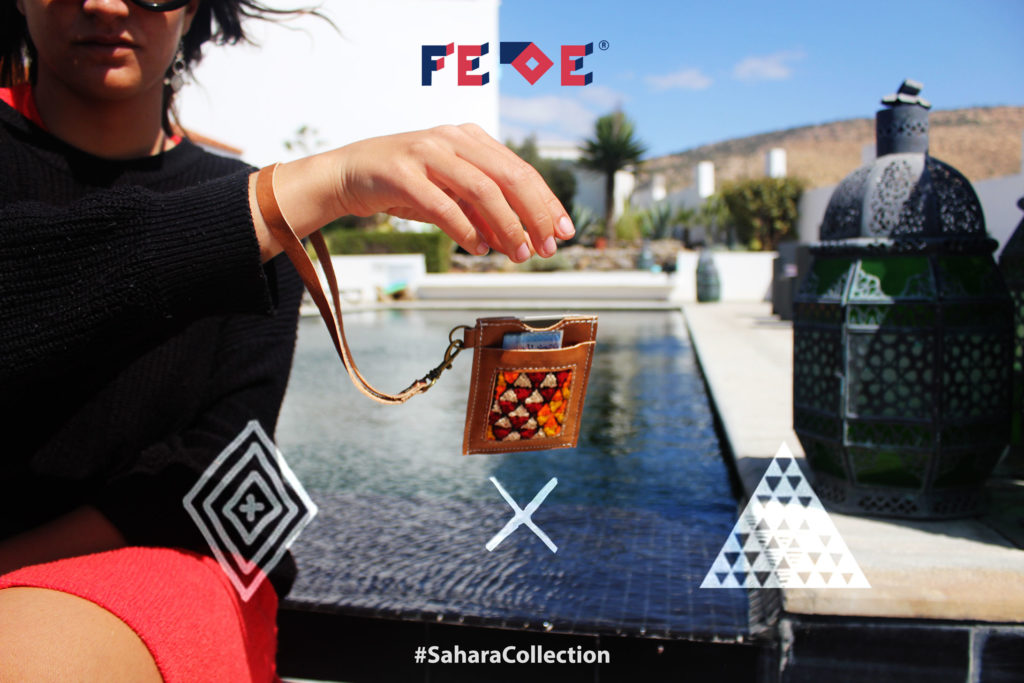 Little Fact. Berbers are divided in different tribes across the country, as the berber flag shows, the three colors of the flag symbolize the three origins of the Berbers of Morocco:

The sign in the middle is a retranscription of our “Z” in Amazigh alphabet yaz which is the meaning of the Berber word amazigh, the Berbers‘ own name for themselves (endonym). It symbolizes the human yearning for freedom, with his arms wide open, lifted skyward. It is in red, the colour of life, and also the colour of resistance. The Berber flag thus symbolizes the entire Amazigh people, living in harmony with their land, Tamazgha. 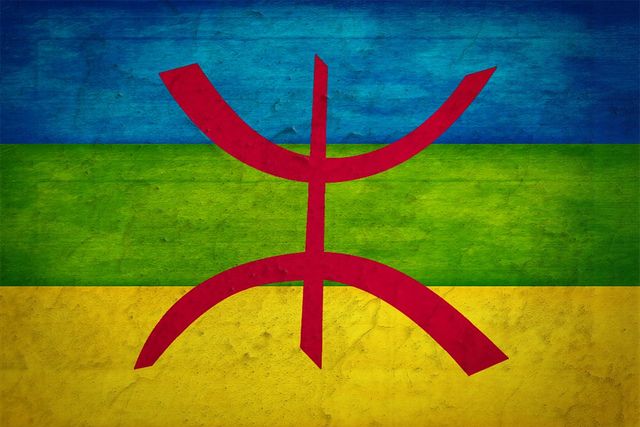 A little glimpse of our trip… WESTERN SAHARA DESERT 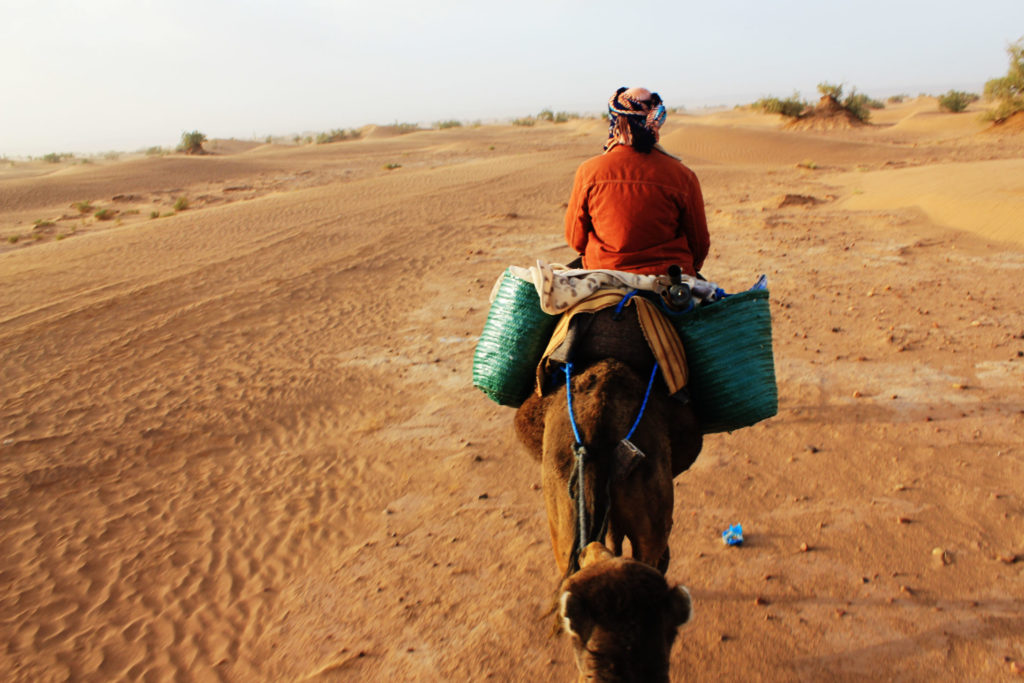 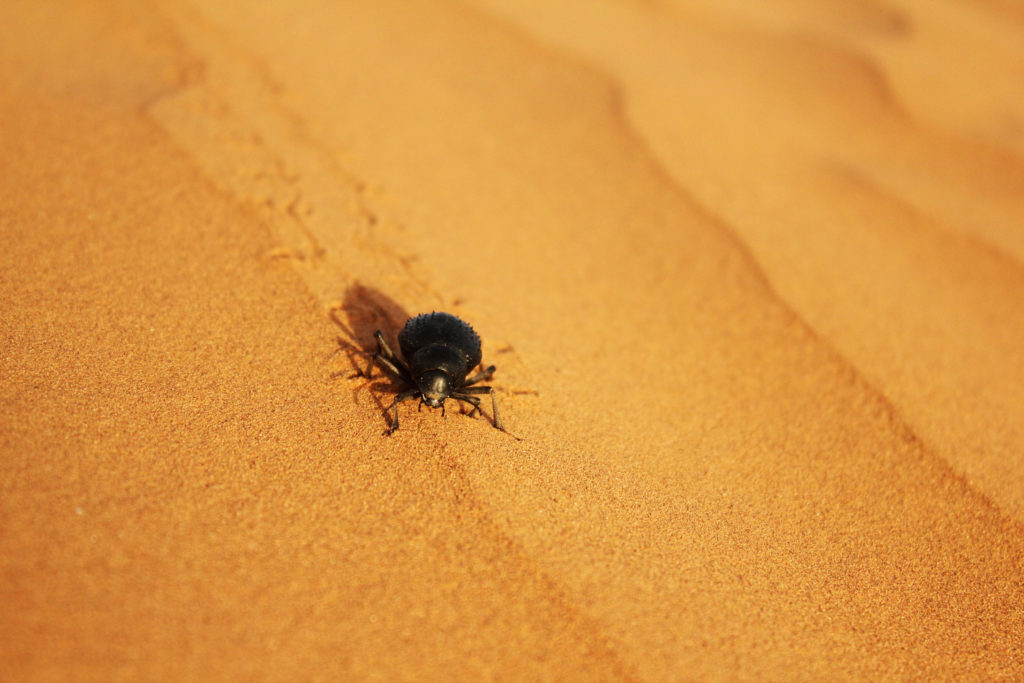 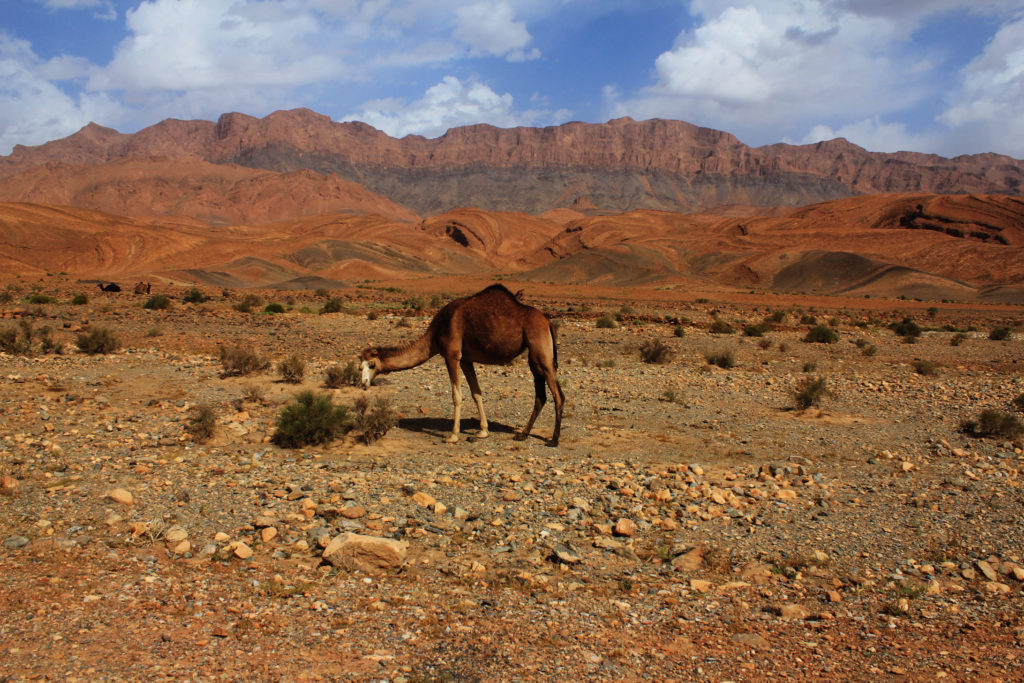 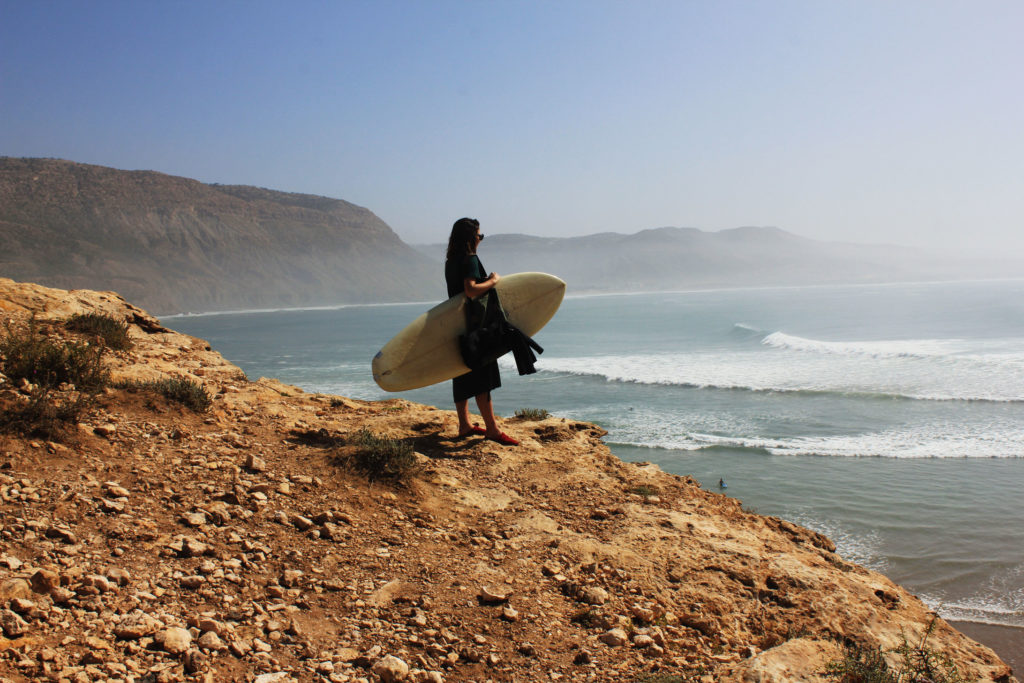 The Materials of our SAHARA Collection. The history of Moroccan rugs dates as far back as the Paleolithic Era. Traditionally they were woven by the Berber tribes for their utility, reflecting Morocco’s distinctive climate. The snow-capped, windswept elevations of the Atlas Mountains gave rise to thick, heavy-pile sleeping mats and bed coverings, and the brutal heat of the Sahara inspired light flat-weave shawls. The tribe’s semi-nomadic existence also influenced the size of the pieces as the looms and carpets had to be transportable, meaning there could be no weavings over about 7 feet. 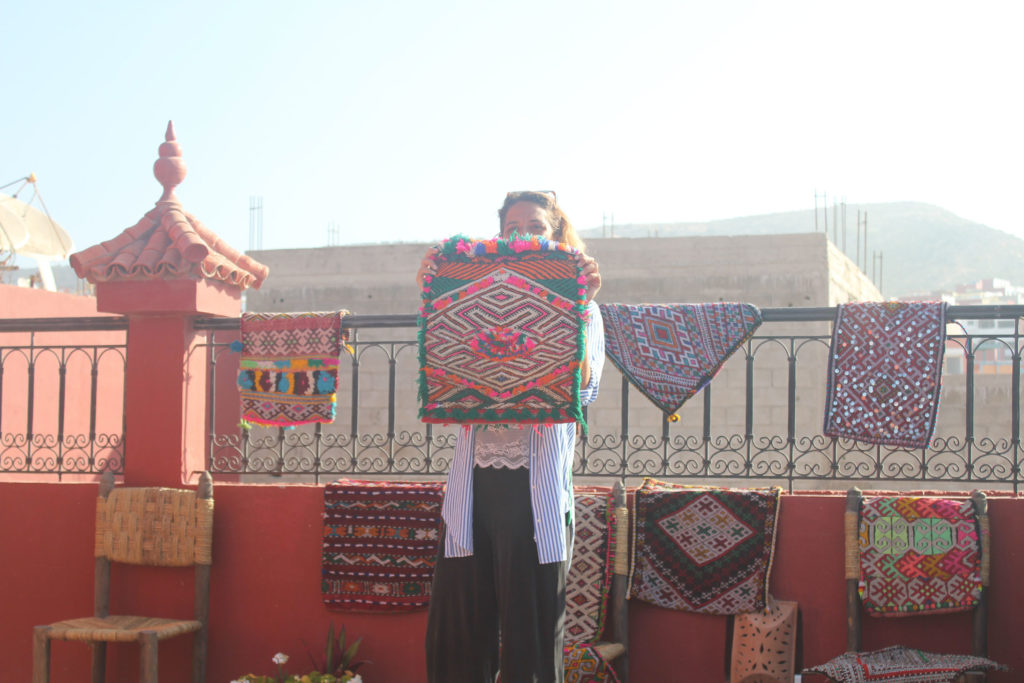 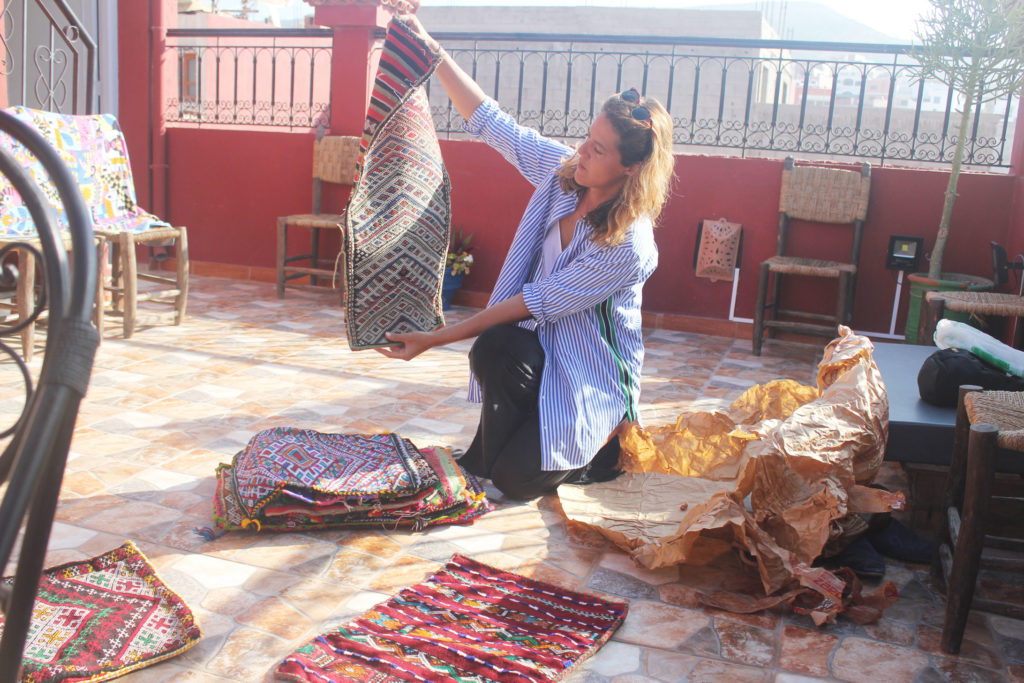 Born of necessity, the design of the Berber weaving soon went beyond purely practical concerns. The precise designs and motifs of each rug are a doorway into the past, an evocative symbolic language passed down from generation to generation. Hand woven and knotted by the women of the tribe, each rug can take up to a year to complete. The grace and precision of the spontaneous geometric designs depict everything from femininity to spirituality and male protection, and the interaction of the symbols tell the story of the weaver’s life from one end to the other. 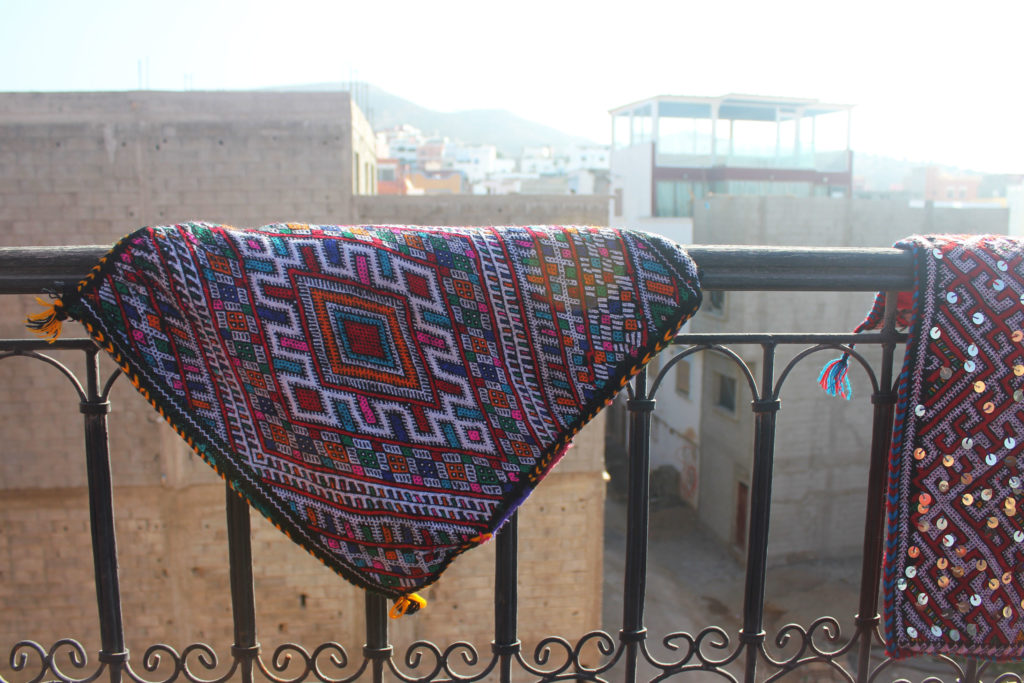 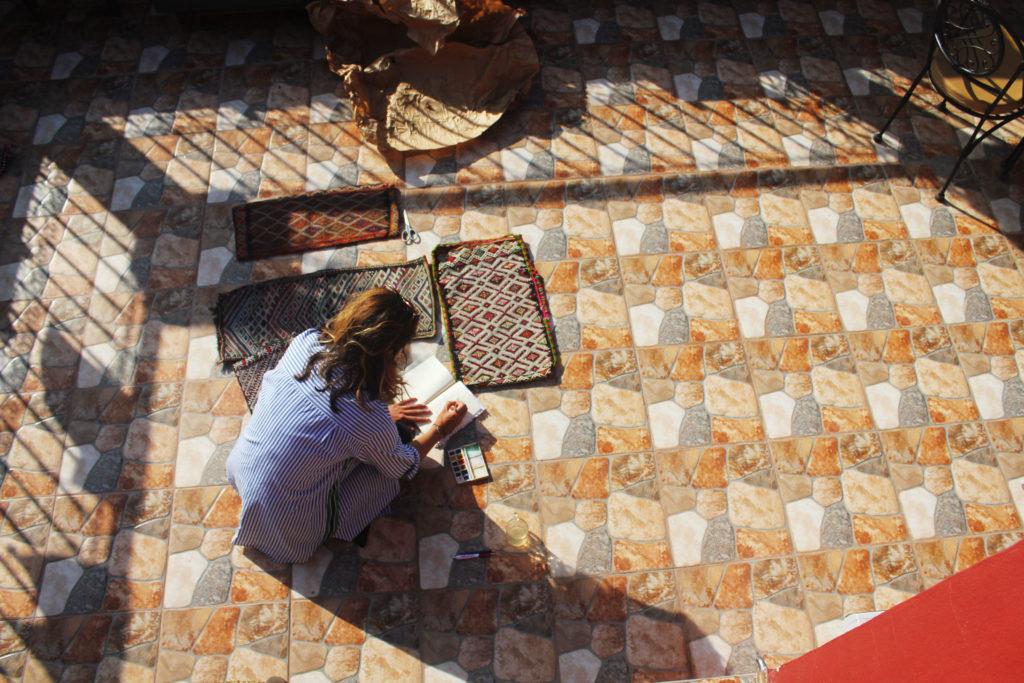 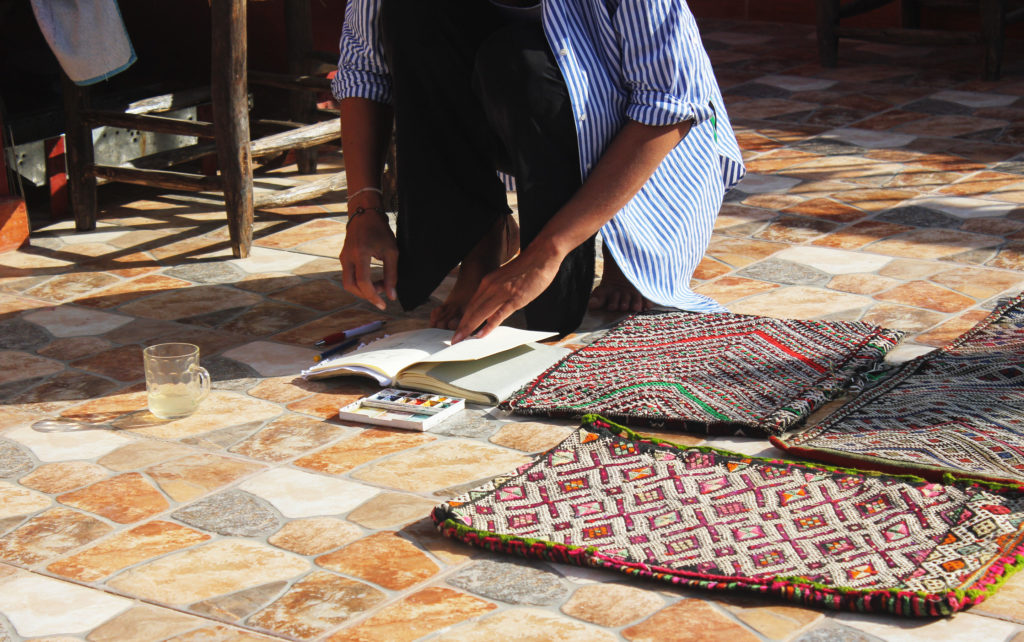 The people.  After our treasures hunting in the souks, we decided to collaborate with a local leather artisan to make the first product of Seven Seas collection: The Sahara Wallet. As you might know, we like to bring to you always original design and we decided that you needed a little wallet to bring cards and money safely on your adventures. We entrusted Ibah and his small workshop in Essaouira to make the new Sahara Wallets happen. A Note: The Sahara Wallet are available in a small batch quantity in card and passport size. View here. 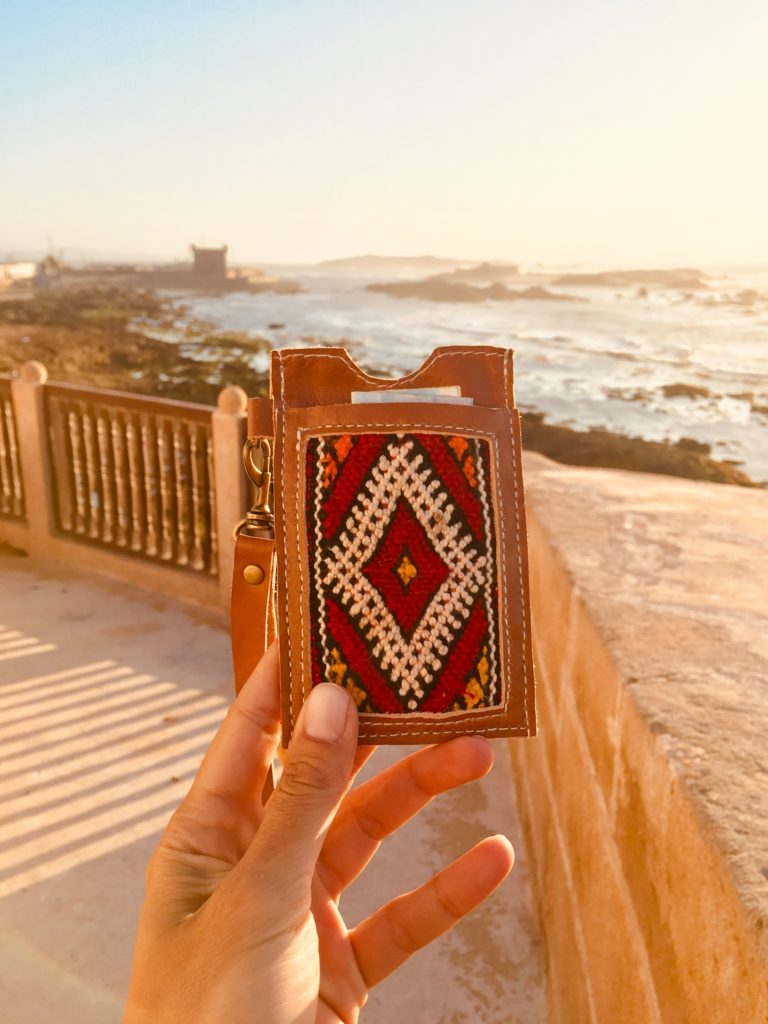 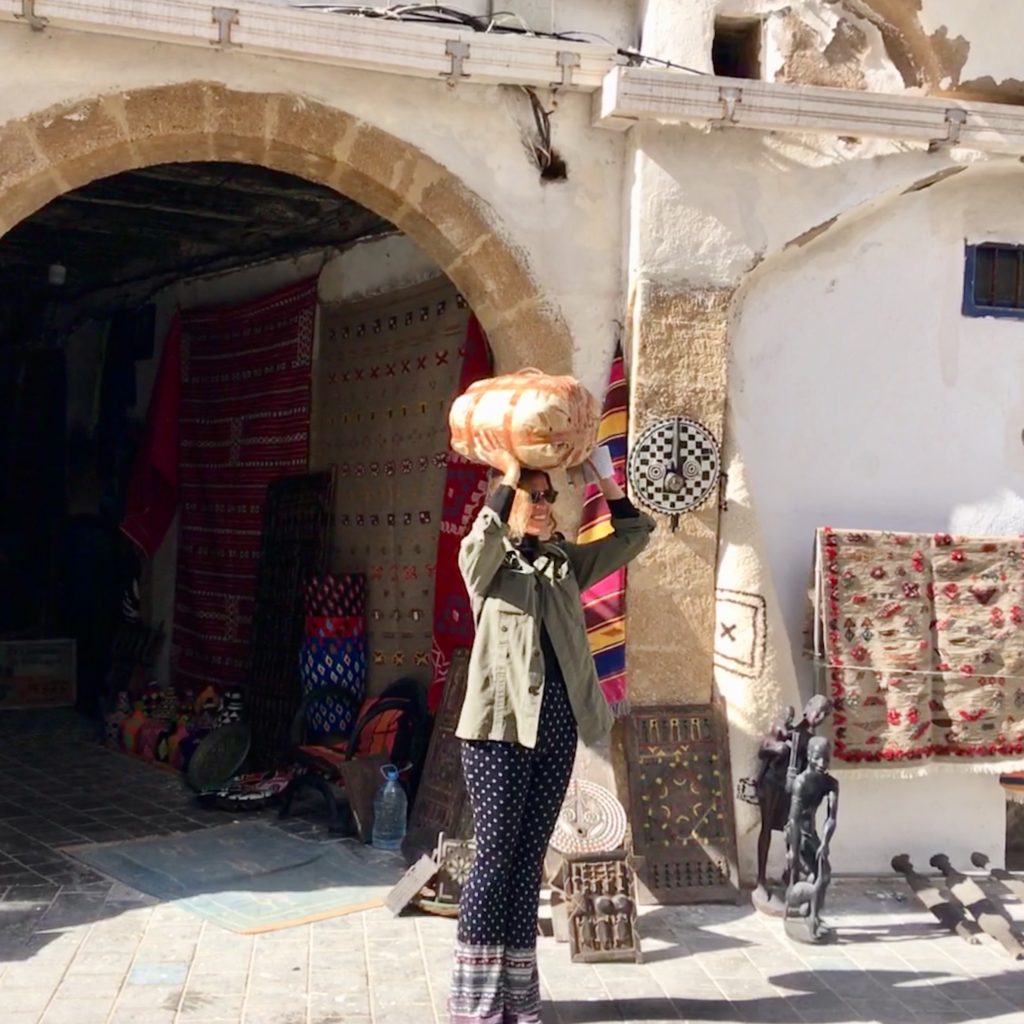 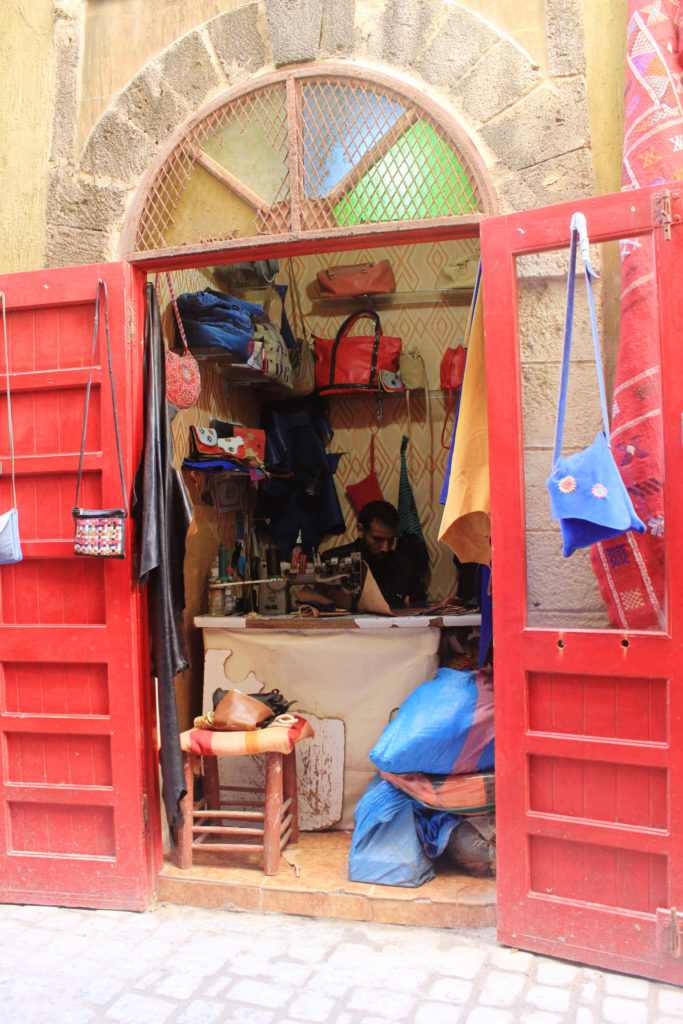 This is just the first product of the Sahara Collection. At the moment we’re currently working in Italy on more products to come. Subscribe to our newsletter HERE to be the first to know about new releases. 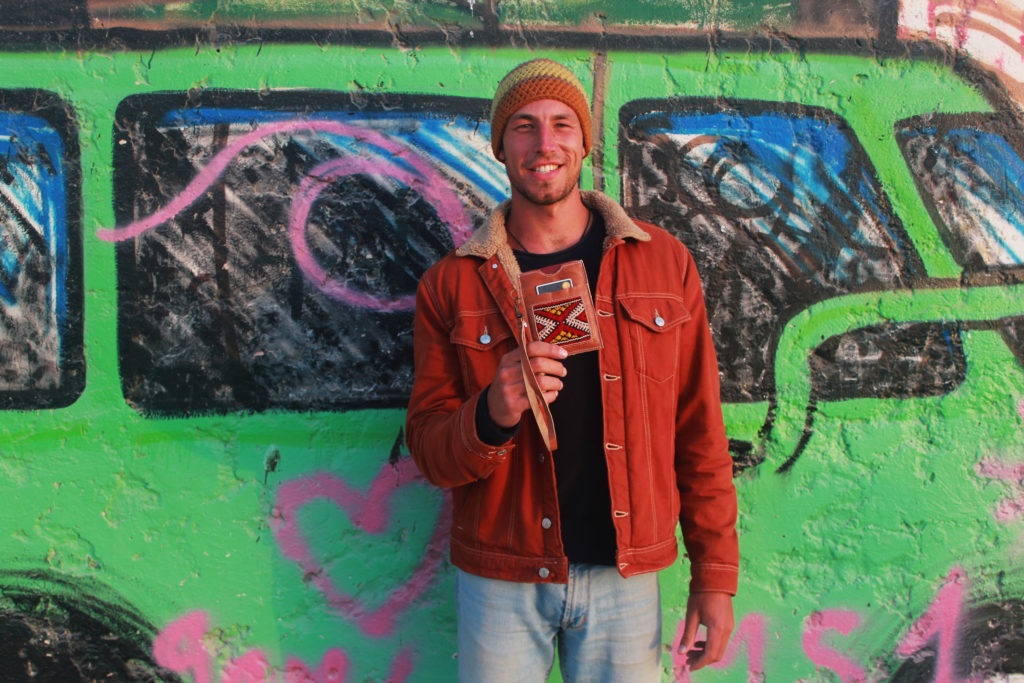 Sahara Wallets are on WorldWide Free Shipping for the first week of the launch. Get yours now and use code ‘SAHARAPROMO’ at checkout!

Previous Article HEALTHY RECIPE // Improve your life and surf with Dr. Eglantine
Share This
Next Article CARRY-ON // How to pack for summer in Europe in just one carry-on travel bag