Last month, April, was Earth Month. So many awesome initiatives and campaigns to protect our ocean and mother earth. But one month at year is not enough to change our habits and raise awareness about plastic pollution in our sea. We interviewed Francisco Vàlga, and he send us a message in a ‘plastic’ bottle from Portugal. Let’s get some inspiration while picking some trash at the beach! #StopSingleUsePlastic #EatLocal 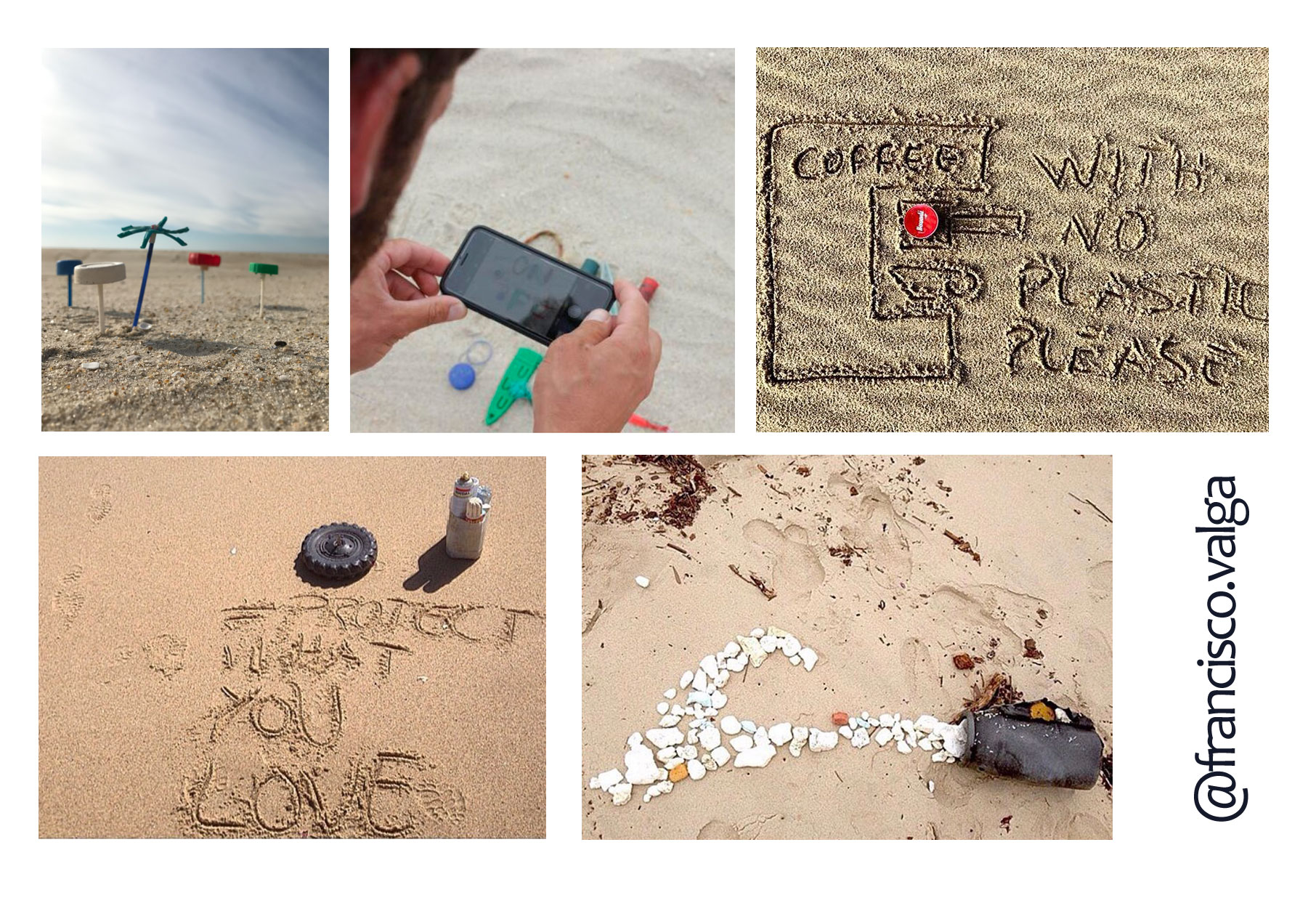 I’m Francisco from Portugal. I’m 38 now and I live in a small town a few miles from the sea in the north. This has been a very bad winter to surf here, but better days will come.  I live maybe a twenty minutes by car from the sea. My favorite and special beach is a desert one. A place where I could be relaxed and surf in peace. I like to surf with friends. Being in the ocean and sharing waves, but when I see surfers fighting, literally for a wave! that´s not my scene for sure. I could say where she is, but you know… “I could tell you but I’d have to kill you” (Just kidding).

Most of the beaches here are beach breaks, they have occasionally good waves but always with medium surf. In 2016 the conditions were so perfect, that the Espinho south beach was called the “Portuguese Kirra“. The waves were so good for days and they pass it on TV news all around the world. One year later I met two guys from Norway that came here only for three reasons: surfing and party in Peniche, visiting Serra da Estrela, the highest point of Portugal and last but not least, visiting that famous wave named the “Portuguese Kirra”. Probably the waves weren’t so good when they came… but they weren’t mad about it.

The surf here is growing day-by-day. Every year lots of new surf schools, camps, surf houses. Kids aren’t pretending to be football players anymore. Surf is on major companies every hour. It’s cool be a surfer, even if you pretend just spread your charm along the beach. But unluckily people here don’t have a strong relation with the ocean and when I started to surf, it was in ’98, surfers were seen as vagabonds living at the beach. I was maybe fourteen when I saw someone riding a wave on TV for the first time. And now I would say that it was love at first sight. Unfortunately only when I started to work I could manage to buy my first surfboard. My parents were living a good life working and farming but I couldn’t ask them to buy me a surfboard. That was not bad at all, it made me like surfing even more and brought a special feeling to my new journey. 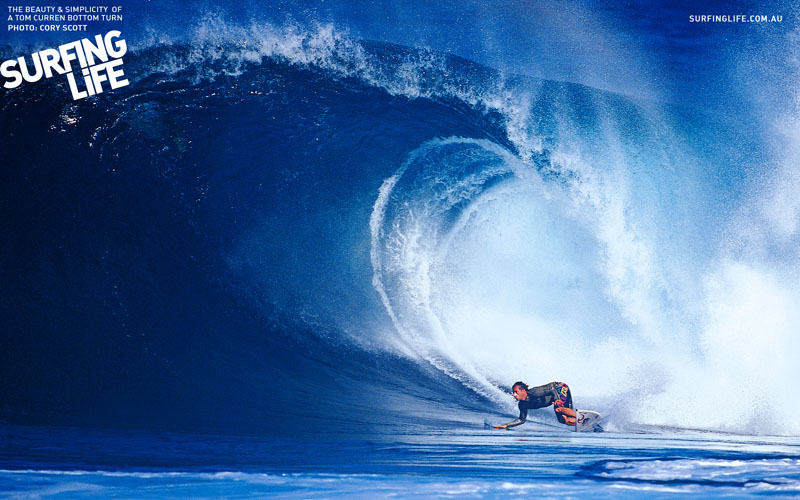 Since the beginning surf was more than a sport to me. It sounds like a cliché I know, but it’s more a way of life. I always liked to read surf magazines from other countries. They introduced me a new perspective of different surf cultures and surfer communities. That was when I “met” Tom Curren and Surfrider Foundation. Here my environment/beaches conscious began. As surfer and as an active person fighting and protecting environment I will say Tom is who inspire me the most. Since then, I looked round for some movements here in Portugal to join in. Some years later I was member of Surfrider F. Porto, a chapter, but different perspectives and interests got me out of it. Today I continue my ‘eco-warrior’ journey the way I think it should be. It could not be the best or the successful way. We should do it all with love, following our heart and beliefs.

While picking plastic trash on the beach, I take picture of extemporary constructions with founded marine litter. I’m building my way to a better world.  And the best part of it is when your friends message you saying: “I went on a beach walk and kept all my cigar butts on my pocket…” or when you ear others saying that I’m inspiring them to do the same. There is something that I imagine and create while I am looking and picking litter. Most of the times it happens when I found something in particular. My ‘important’ people are always saying that I should do much more than just taking pictures and share on social media. So right now, I’m collecting some objects of plastic and wood to create some pieces of art… moreover I’m working to involve surfers and kids, to raise some good habits and hope for our oceans.

Working with kids is a priority. They are the future. If we encourage them for the good practices they will grow more worried and conscious with this big problem of pollution. On social media, I try to spread my message through beautiful photos and sharing projects from all over the world. I think people are tired of bad news. We all know about pollution disasters and how all that are destroying the Planet Earth. So if we continue to insist in the dark side they will not pay attention about it. That`s not need an image with tons of plastic to explain that our habits are going on the wrong way. That`s what I’m trying to do.

Every time I go out to walk or to pick some litter the most common thing i use to find are cotton buds, plastic bottles, fishermen ghost nets and fishing gears. The cotton buds are a real nightmare. As they are so thin, the filters in water treatment stations couldn’t hold them and then they go to rivers and ocean till thru currents wash them on to beach.  When I started doing this, most of my friends’ don’t understand why I did that. They even asked me if I was in shame or not worried having problems for doing that. I mean, for picking up other people trash, but now some of them are doing the same and more and more are changing their habits and are doing a little bit to “clean” the world. In the opposite direction many others are acting like we have a Planet B when this one is completely dead.

We are the solution. First we should start to rethink our habits. Consume less and better, always thinking if we really need what we are buying. And then recycle and reuse. Here in Portugal the citizens still don’t believe in the recycle process. Even if they separate the trash, they think it goes to the same spot. Maybe governments have a better work to do to change these minds. Massive campaigns of reusable shopping bags and reusable water bottles are a huge success. Eat Local and Buy local should be our priority. Small producers and retailers normally have a big sense of responsibility. Their products respect more the environment in compare to big companies. You actually can save some money as well. I know some places where you can save money if you use your own bags… simple things that will brings a huge benefits to climate changes.”

Thank you for appreciating Francisco’s art, you can follow his journey here.